The Society of Sponsors of the United States Navy is composed of women who have taken part in the time honored tradition of christening a ship to be commissioned in the United States Navy, or a ship that sails with the Navy, supporting the fleet in some specific way. Sponsors play a unique role for the Navy. As they christen their ships, bestowing upon the vessel a name chosen by the Secretary of the Navy, they become a part of that ship’s history. The crew of the ship may change many times over the course of a ship’s life, but the Sponsor remains the same. Most Sponsors form a warm and lasting relationship with their ships, an affiliation that is rewarding to both. 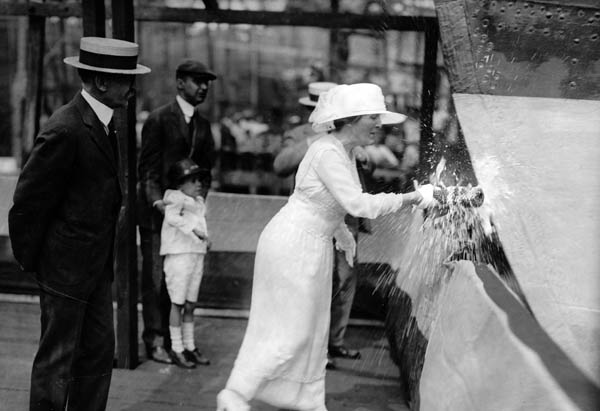