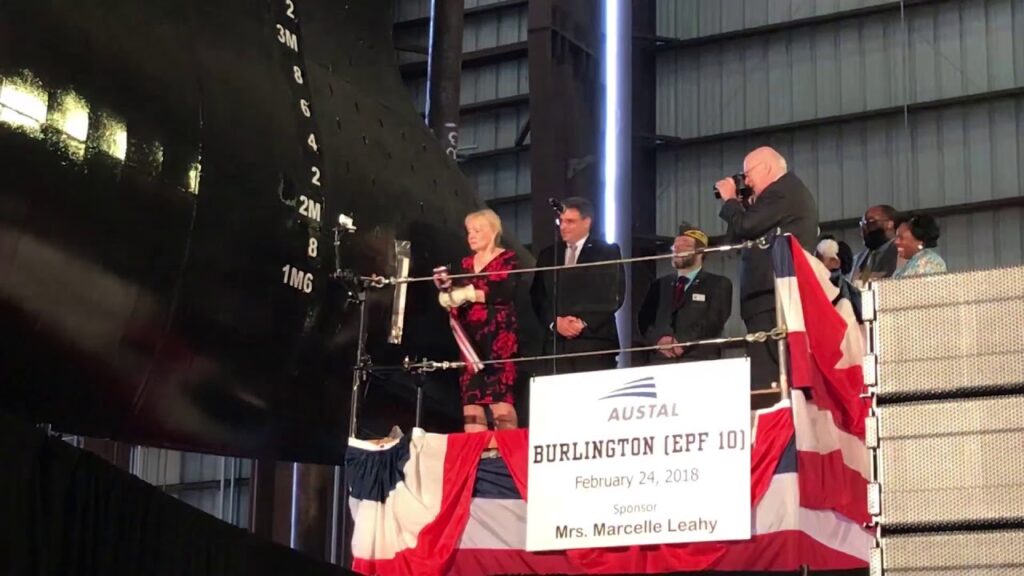 Marcelle Leahy breaks a bottle over the newest ship named for the largest city in Vermont.  She’s the ship’s sponsor and the wife of longtime Democratic Senator Patrick Leahy.  Senator Leahy says he’s proud of the new ship.

“We spend a lot on our military and we want them prepared for the threats of today not from yesterday and this gives us a lot of flexibility it can also be a vessel in rescue operations,” said Senator Leahy.  Austal is contracted to build at least two more EPFs.  Friday President Trump also had a special announcement for Austal in Mobile.  Friday Trump announced the name of the latest LCS.  The USS Canberra, which will eventually be built in Mobile, is named after Australia’s capital city.

This entry was posted in Christenings and tagged christenings, usns burlington. Bookmark the permalink.