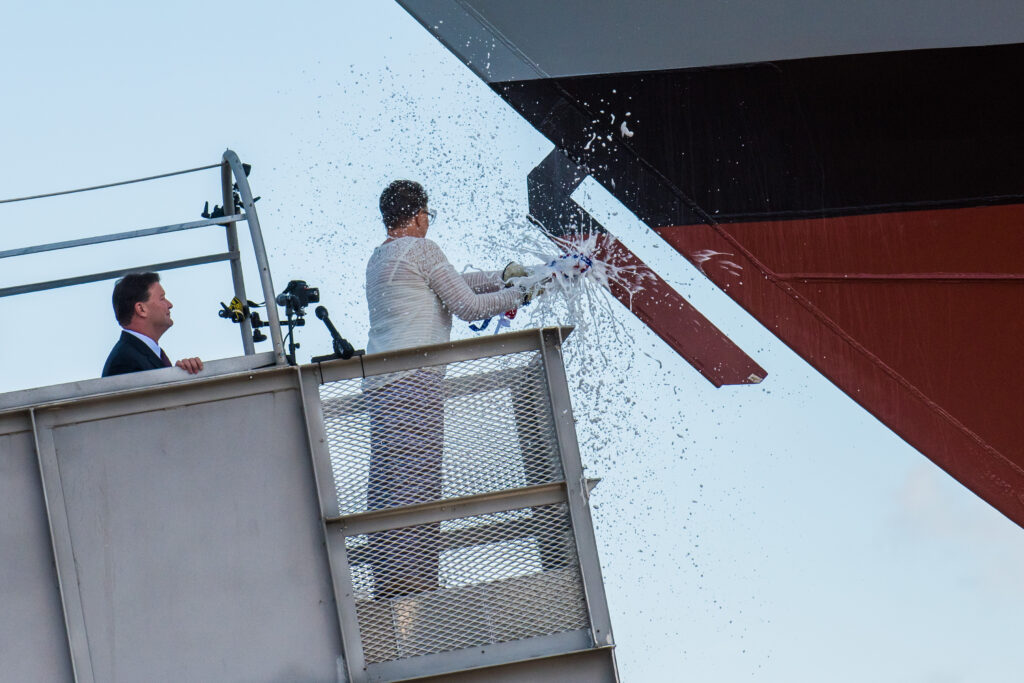 (This article originally appeared on The Maritime Executive)

“As a lifelong Montanan, there is no greater honor than to serve as the sponsor of the future USS Billings and to help bring this magnificent warship one step closer to joining the fleet,” Tester said. “I know the people of Billings – and all Montanans – look forward to supporting Billings and her future crews for decades to come.”

LCS 15 will be the first U.S. Navy ship to bear the name of Montana’s largest city. She will undergo additional outfitting and testing at Fincantieri Marinette Marine before her delivery next year.

“The Freedom-variant LCS plays a critical role in the U.S. Navy’s fleet, and we are committed to getting Billings and her highly capable sister ships into combatant commanders’ hands as quickly as possible,” said Joe North, vice president of Littoral Ships and Systems. “These flexible ships will help the Navy achieve its goals of growing the fleet rapidly and affordably.”

The Lockheed Martin-led industry team is currently in full-rate production of the Freedom-variant of the LCS, and it has delivered four ships to the U.S. Navy to date. The future USS Billings is one of eight ships in various stages of construction at Fincantieri Marinette Marine, with one more in long-lead production.

“We are proud to be building the USS Billings and her sister ships at the heartland’s only naval shipyard,” said Jan Allman, Fincantieri Marinette Marine president and CEO. “Today’s launch and christening is a testament to the hard work of the more than 2,500 Michigan and Wisconsin workers who pass through the shipyard’s gates, put on their hard hats and build American warships.”

The Lockheed Martin-led LCS consortium says that the Freedom variant costs less than a third of a brand new Arleigh Burke-class destroyer, making it the Navy’s most affordable surface combatant shipbuilding program. Supporters contend that the ships are essential if the Navy wants to grow its fleet towards a force structure target of 355 vessels. However, the Government Accountability Office and the Pentagon’s Director of Operational Test and Evaluation have expressed reservations about the two LCS classes’ survivability and lethality, and the Navy is currently reviewing its plans to purchase an uprated “frigate” variant of one of the two designs.

This entry was posted in Christenings and tagged christenings, uss billings. Bookmark the permalink.