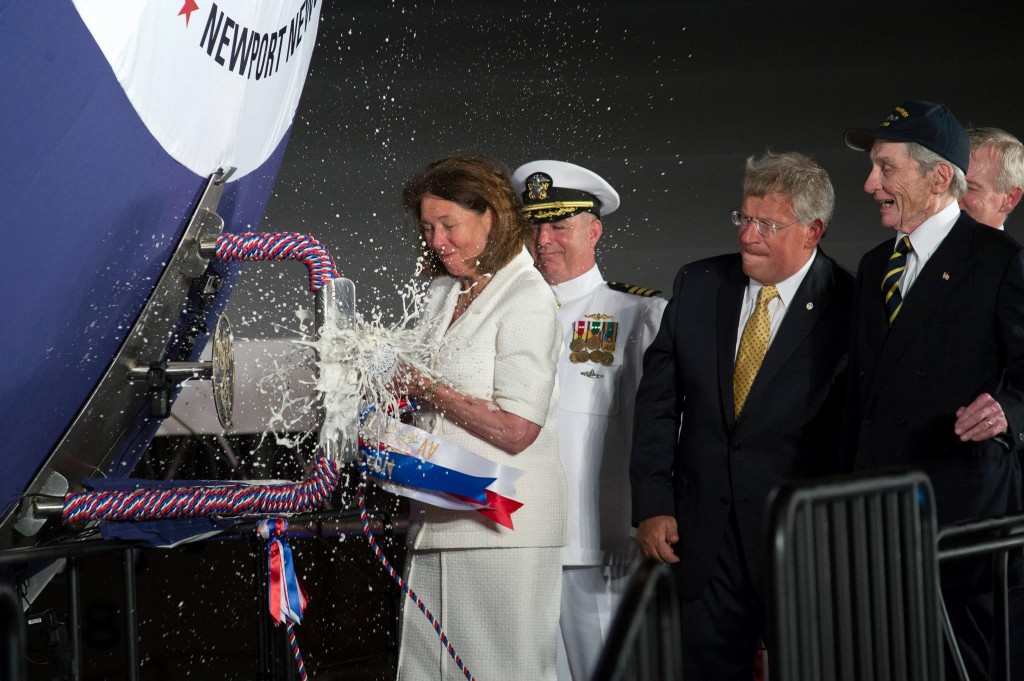 “The christening of the future USS John Warner is not only a celebration of a dedicated Sailor, Marine and public servant, but also of what has been accomplished in building this powerful warship – of the hard work of the thousands of shipyard workers, engineers, and defense craftsmen who contributed, and of what the future holds for the USS John Warner and the crew who sail aboard her,” said Secretary of the Navy Ray Mabus.

John Warner is the 12th Virginia-class submarine to be built. It is named after John Warner, the five-term U.S. Senator from Virginia who also served as Secretary of the Navy from 1972 to 1974. His wife Jeanne is the ship’s sponsor.

“Today is an exciting day,” Mabus said. “This Virginia-class submarine, built in large degree in Virginia, by Virginians, named after a son and distinguished senator from Virginia, which has a sponsor of Virginia, will also be homeported in Norfolk, Virginia.”

Stealth and speed are standard in submarines, but this next generation of attack submarines offers an improved level of capabilities to maintain the nation’s undersea supremacy well into the 21st century.

The Virginia-class submarines are poised to meet the Navy’s multi-mission requirements from open ocean anti-submarine warfare to intelligence, surveillance and reconnaissance to projecting power ashore with Special Operation Forces and Tomahawk cruise missiles in the prevention or preparation of regional crises.

John Warner will fall in with the 64 ships, 187 aircraft, 18 aircraft squadrons, and 326 tenant commands that are homeported or headquartered in Norfolk.