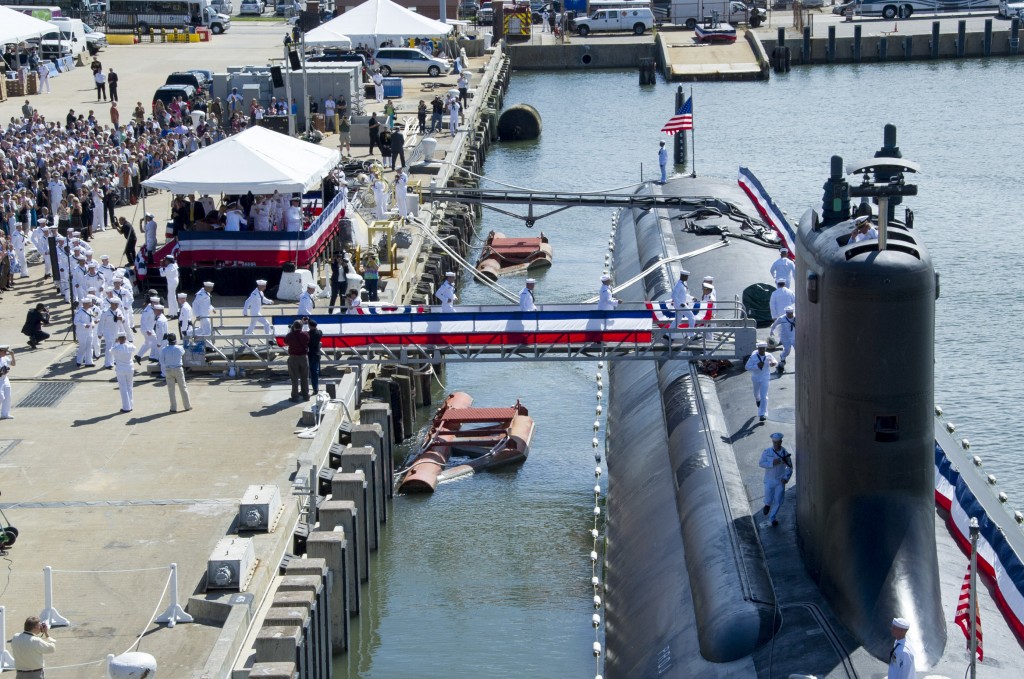 NORFOLK, Va. (Sept. 7, 2013) Sailors assigned to Virginia-class attack submarine USS Minnesota (SSN 783) man the rails after the order to “bring the ship to life” is given during the commissioning ceremony for Minnesota. Minnesota, the 10th ship of the Virginia class is named in honor of the state’s citizens and their continued support to our nation’s military. (U.S. Navy photo 130907-N-AP176-077 by Mass Communication Specialist 2nd Class Jeff Atherton/Released)