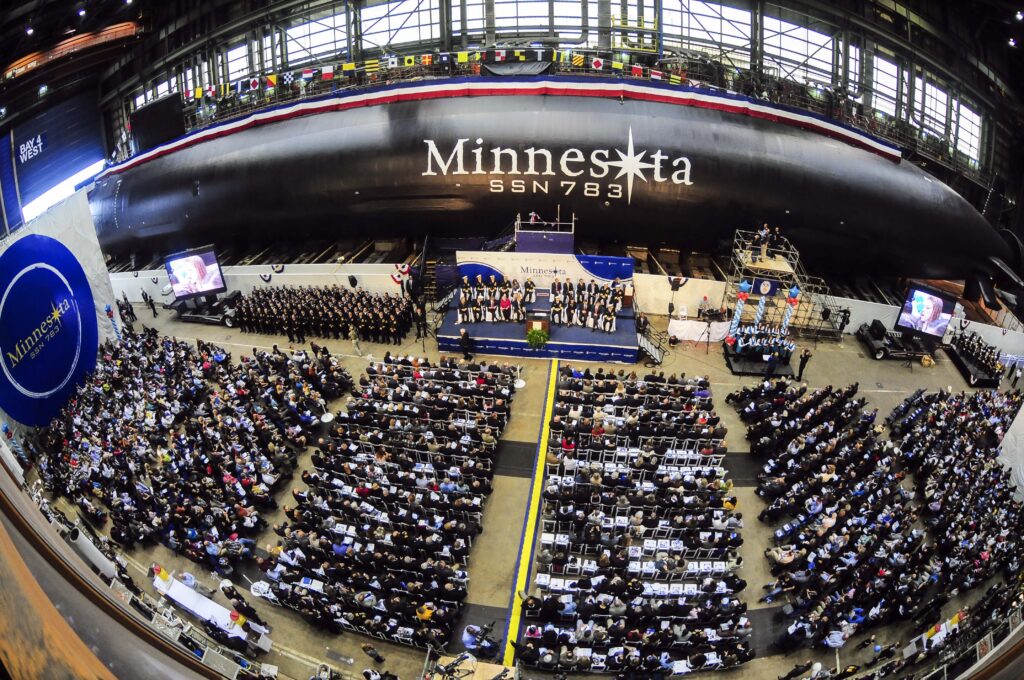 “We were honored to have Mrs. Roughead participate in such an important milestone for PCU (pre-commissioning unit) Minnesota,” said Capt. David Goggins, Virginia class program manager. “The Virginia class is an outstanding platform and Minnesota builds on the stellar reputation of quality and success that the class is known for.”

Minnesota is the 10th ship of the Virginia class and the last under the second, or block II, contract. The submarine is on track to deliver to the Navy in late spring 2013, ahead of its April 2014 contract delivery date. The ship will be commissioned shortly thereafter.

“When Minnesota delivers next year, every block II boat will have delivered early to its contract delivery date,” said Rear Adm. Dave Johnson, program executive officer for submarines. “Added together, the shipbuilders delivered these submarines 42 months early and Minnesota is well on track to push that number into the 50s.”

Minnesota‘s christening marks the final major milestone for the Virginia class in 2012. In May, the Navy took delivery of USS Mississippi (SSN 782) nearly a year early to its contract delivery date. Mississippi was commissioned on June 2. The Navy also began construction on PCU Colorado (SSN 788) and PCU Indiana (SSN 789) on March 2 and Sept. 2 respectively. Additionally, the Navy released the request for proposals for the block IV construction contract on Sept. 5.