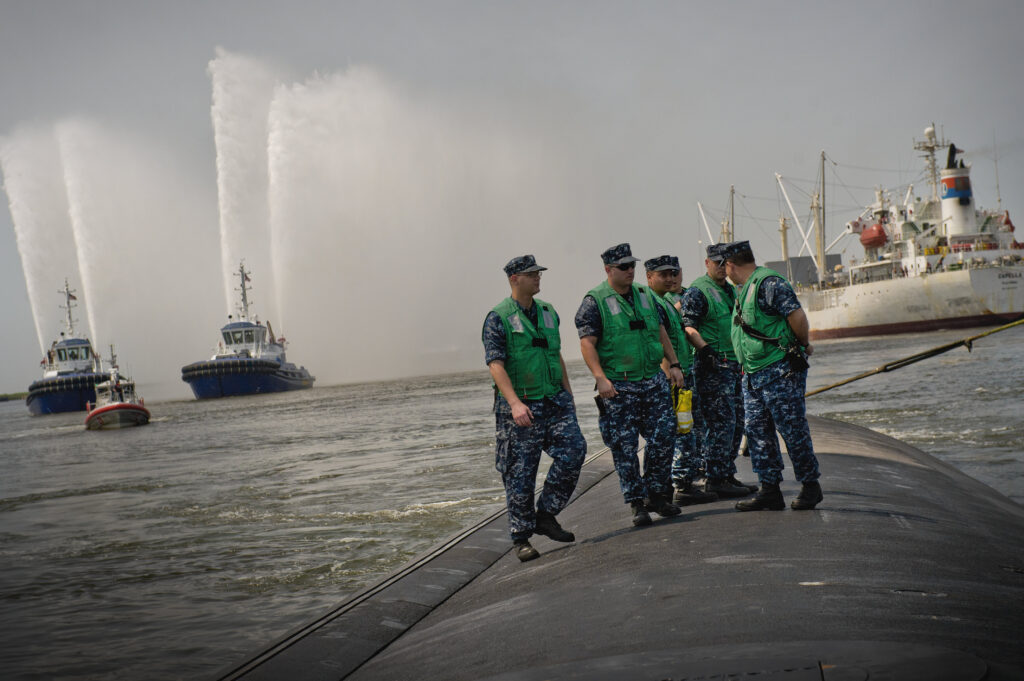 “Mississippi‘s commissioning is the culmination of a very successful construction process for our Navy/industry shipbuilding team,” said Rear Adm. (sel.) Michael Jabaley, Virginia-class program manager and vice commander, Naval Sea Systems Command. “Mississippi was delivered to the fleet a year ahead of her contracted date, and was the most combat ready Virginia class submarine to date as determined by the Navy’s Board of Inspection and Survey.”

In time-honored tradition, the ship’s sponsor Allison Stiller, deputy assistant secretary of the Navy (ships), issued the order to, “Man our ship and bring her to life!” With the order, Mississippi‘s crew ran aboard and placed the submarine in commission.

“The Submarine Force and the fleet have eagerly anticipated this day,” said Rear Adm. David Johnson, program executive officer for submarines. “USS Mississippi provides the Navy with unique and unparalleled capabilities and joins the fleet at a time when submarines are being called upon to perform vital national security tasking around the globe.”

This entry was posted in Commissionings and tagged commissioning, Mississippi, navy, society, SOSUSN, sponsors, submarine, US. Bookmark the permalink.