“Keel laying is just the first of many important milestones and events in bringing Zumwalt to life,” said Capt. Jim Downey, DDG 1000 program manager, Program Executive Office, Ships. “With the outstanding team we have assembled, I look forward to building on the superb progress we’ve achieved to date and delivering this extremely capable warship to the Fleet.”

The lead ship and class are named in honor of former Chief of Naval Operations Adm. Elmo R. “Bud” Zumwalt Jr., who served as chief of naval operations from 1970-1974. The ship’s co-sponsors, Ann Zumwalt, Mouzetta Zumwalt-Weathers, and Lt.Col. James G. Zumwalt symbolically authenticated the keel with a plate displaying the initials of all four children of the ship’s namesake, including eldest son, the late-Elmo R. Zumwalt III.

Construction began on DDG 1000 in February 2009, and the Navy and its industry partners have worked to mature the ship’s design and ready their industrial facilities to build this advanced surface combatant. Zumwalt is currently more than 60 percent complete and scheduled to deliver in fiscal year 2014. Construction on the second ship of the class, Michael Monsoor (DDG 1001), began March 2010. 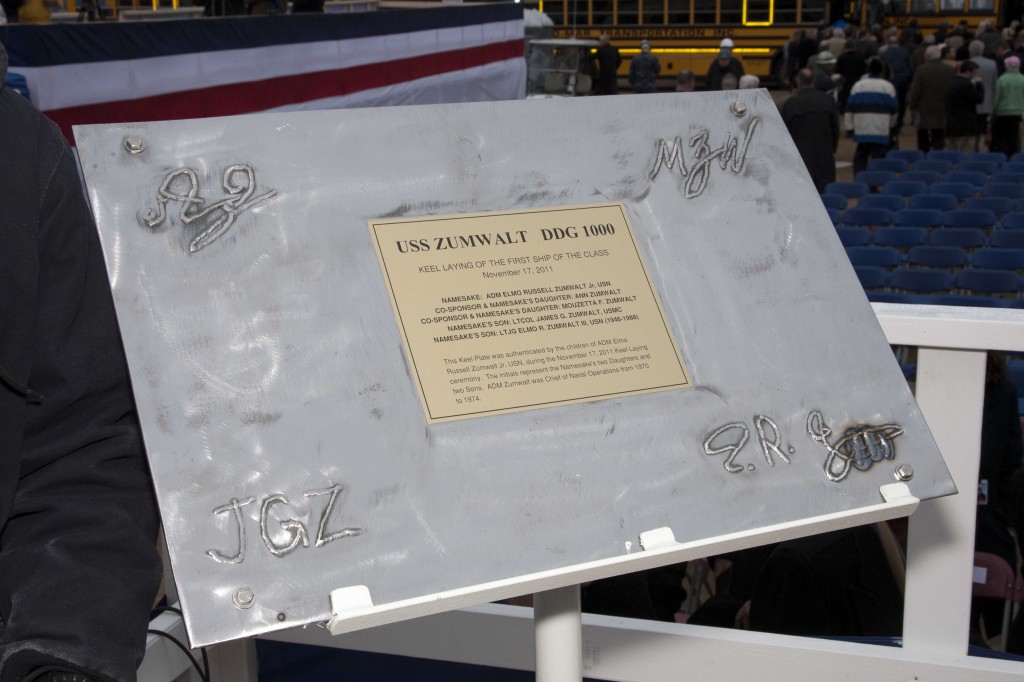 This entry was posted in Keel Authentication Ceremonies. Bookmark the permalink.